MARSIGNY GOSSET AVOCATS is an independent practice which is fully dedicated to criminal law. It provides assistance to both French and international clients – natural or legal persons, States and institutions – in the face of all criminal jurisdictions in France, as well as in internal investigations.

It also supports its clients in complex international proceedings, involving the main foreign and international penal and regulatory entities, including (in particular) Interpol.

The practice has a national and international reputation, and has distinguished itself for its ability to handle the biggest criminal proceedings characterised by complex legal issues, which are heavily publicised and / or have important stakes.

MARSIGNY GOSSET AVOCATS defends, advises and assists both French and international clients – natural or legal persons, leaders, States and institutions – in terms of both criminal risk prevention and in litigation or internal investigations.

Capable of integrating current criminal issues into the most complex kinds of legal situations, the practice offers tailored strategic support to its clients and their consultants. It commits to fighting alongside them, offering active and personalised criminal defence.

With its specific expertise in criminal business law, its ability to anticipate and its mastery of procedures when the personal, financial, political and / or media stakes are high, MARSIGNY GOSSET AVOCATS is a criminal practice whose actions and standards of excellence are today known internationally.

LAW OF THE PRESS AND CIVIL RIGHTS

The MARSIGNY GOSSET AVOCATS practice offers its clients the support of a team of ten experienced lawyers who are fully dedicated to criminal defence.

The team is tightly knit, available and responsive. It offers close support to clients and partners with regard to their needs and interests, making available analytic capabilities and expertise in judicial practices gained over 25 years, in order to provide a tailor-made active criminal defence.

The team is a highly senior one, and it conducts the biggest criminal proceedings which involve complex legal issues which are heavily publicised and / or have much at stake. They are accustomed to working in defence teams, and are involved in all the specific areas of criminal law. 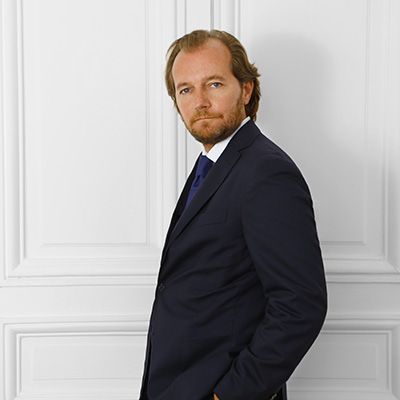 A former partner of the practice METZNER ASSOCIES, which he co-founded in 1998, Emmanuel Marsigny created his own firm, MARSIGNY AVOCATS, in October 2013.

Over a period of 25 years, Emmanuel Marsigny has been involved in the majority of major criminal cases, including the Furiani stadium drama, the ELF case, the fictitious jobs of the city of Paris, Angolagate, and the Concorde crash, as well as the case of ill-gotten property, the sale of the Compiègne racecourse, the Brétigny sur Orge railway disaster, the Madoff case, the Balkany case, the disappearance of the President of Interpol….

A seasoned expert of cases which are sensitive and / or which have received media attention, Emmanuel Marsigny regularly pleads before ordinary courts (Assize courts, correctional courts and appeals courts) and specialist courts, and even independent administrative authorities.

He speaks French, English and Spanish. 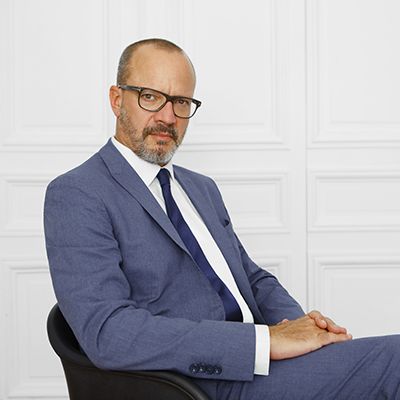 Cyril Gosset has been a lawyer with the Paris Bar since 1998. He holds a certificate of specialisation in criminal law, and is today known as a criminal defence specialist.

Cyril Gosset began his professional activity in the business practice CHAIN LACGER and Partners. Since 1999, he has collaborated with Olivier Metzner, whose practice (which has an international reputation) specialised in business criminal law. In 2005, he created his own practice in the centre of Paris while developing his expertise in the prevention of criminal risk and in the provision of assistance to individuals and companies facing criminal proceedings. In January 2018, with a wealth of twenty years of experience as a specialist in criminal law, he joined the practice MARSIGNY AVOCATS. The practice MARSIGNY GOSSET AVOCATS originated in January 2019.

During recent years, Cyril Gosset has been involved in the Wagram Circle case, the Médiator affair, one of the Madoff cases, the alleged embezzlement activity of the Eurodisney company committee, the Brétigny derailment, the Aristophil scandal, the Rio Paris crash, the “Balkany” case and even the Bataclan attacks.

Cyril Gosset is a graduate of the Toulouse Business School. He is a member of the Criminal Lawyers Association and has served as a senior counsel in the permanent legal assistance organised by the Bar of Paris.

He speaks French and English.

Registered with the Paris Bar since 2010, for nearly ten years Louis Guesdon has developed a practice which specialises in criminal law; business-related criminal law in particular.

A graduate of HEC and the University of Paris 1, Panthéon-Sorbonne in business law, and trained in mergers / acquisitions with major lawfirms, Louis Guesdon chose to practice criminal defence, and began his professional activity in 2010, as a partner at the METZNER ASSOCIES practice, alongside Emmanuel Marsigny.

After five years of collaboration, Louis Guesdon became a partner at MARSIGNY AVOCATS prior to the merger with GOSSET AVOCATS, from which the practice MARSIGNY GOSSET AVOCATS originated.

In recent years, Louis Guesdon has worked in some of the most important criminal cases of the period: the “ill-gotten goods” affair, one of the “Madoff” affairs, the “Balkany” affair, and even the ENI-SAIPEM/SONATRACH affair, the disappearance of the President of Interpol, among others.

He speaks French, English and Italian.